15 THINGS TO SEE AND DO IN TOKYO

This an incredible, massive city home to over 10 million people. It’s the capital of Japan and home to a wide array of fun, historic, and quirky attractions. From the world’s largest tuna auction and the Imperial Palace to robot restaurants and vampire cafés, Tokyo really does have something for everyone.

If you’re here for a short stopover or living here as an expat, you’ll be able to find plenty of ways to pass the time and get a feel for the organized chaos that is Tokyo. To help you make the most out of your trip, here are the best things to see and do in Tokyo: 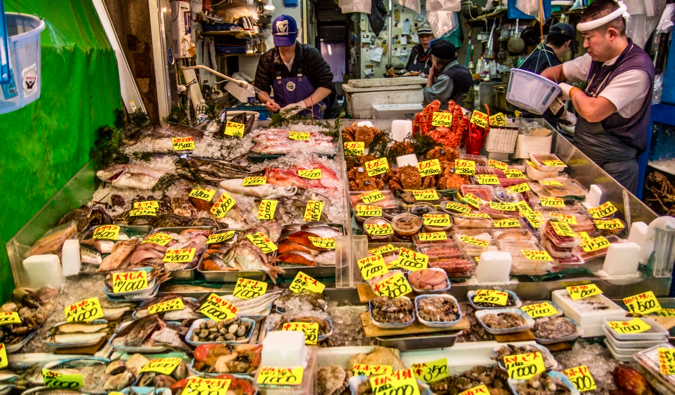 The Tsukiji Fish Market was one of the most iconic staples of the city. In 2018, the market moved to Toyosu and is now twice the size of the original Tsukiji market. In fact, the new market is the largest fish market in the entire world. While you’ll need a visitor’s pass to enter (you can get one on arrival) the pass is free that means you’ll have more money to spend on sushi!

Over 600 vendors here are selling fresh fish as well as fresh fruits and vegetables. Gorge on sushi and marvel at the chaotic atmosphere of the world’s largest tuna market. The tuna auction here powers much of the world’s sushi supply, and it is truly a sight to be seen. You can also see a model of the largest tuna ever sold at Tsujiki — which weighed 500kg (1,100lbs!).

In fact the new market, the old outer market at Tsukiji still has plenty of restaurants and shops. You can still head there to eat and look around, though all the action is now at Toyosu. Be sure to arrive early to beat the crowds (especially on Saturdays).

2. Explore by the Imperial Palace 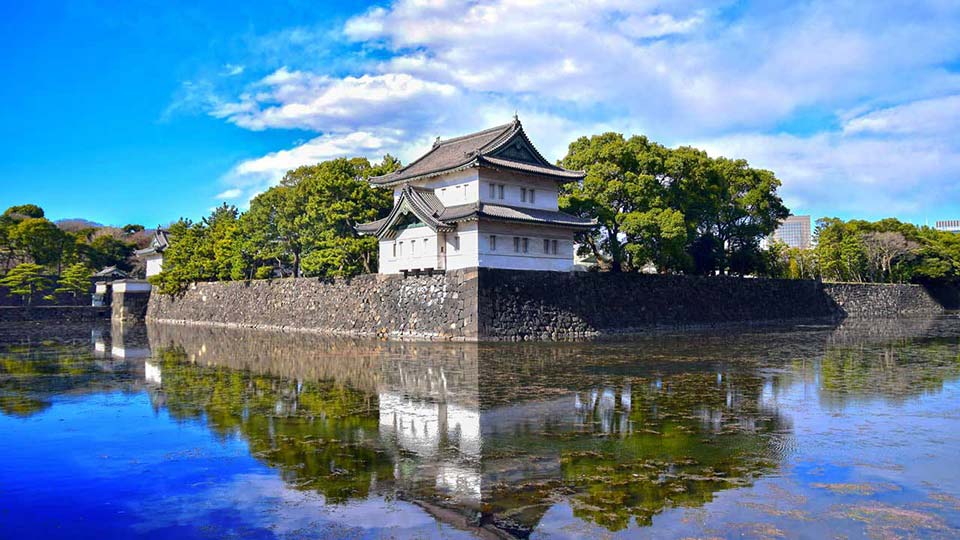 The Imperial Palace is the official home of the Emperor of Japan. It’s a terrific spot to learn about Japan’s history and culture. Formerly Edo Castle, the palace was built in the 15th century, and some of the walls and moats from that time are still in use to this day. When the Emperor moved from Kyoto to Tokyo in 1869, he took Edo for his new palace and renamed it the Imperial Palace.

You will not be able to go inside (or even get super close), however, the building itself is both regal and serene and a great place to relax or snap some photos. The palace is surrounded by beautiful grounds and a park, and there’s a moat around the massive stone walls. Admission to the grounds is free.

Without experiencing a traditional tea ceremony, no visit to Japan is complete. Tea was brought to Japan in the 9th century by a Buddhist monk and by the 12th century, the ceremony began to take shape. While these ceremonies are usually long , there are plenty of budget-friendly options for anyone looking to experience one without breaking the bank. Here are a few budget-friednly tea ceremonies in Tokyo worth checking out: 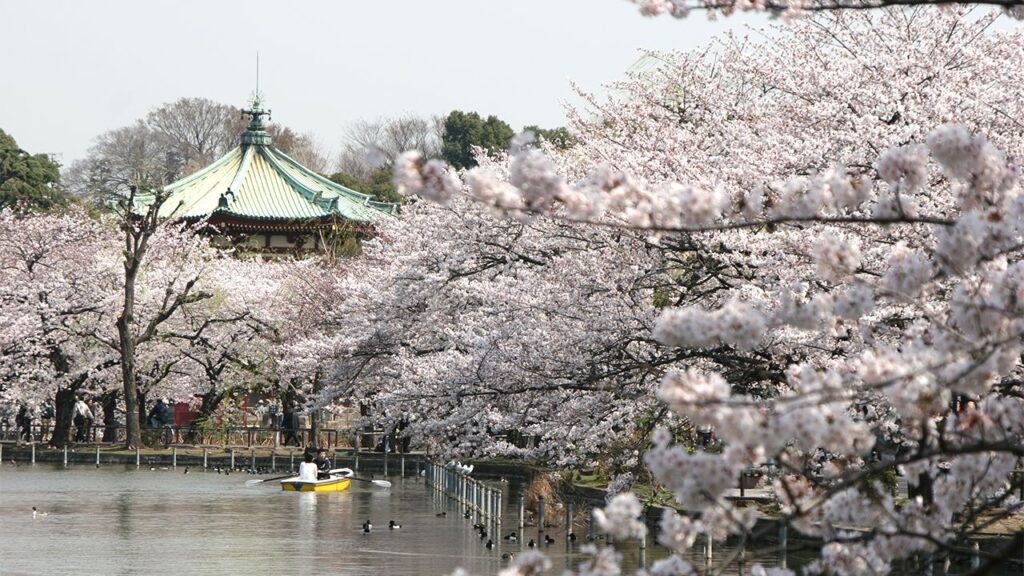 Ueno Park is a relaxing and beautiful spot to relax for a few hours (or an entire day if you’re not in a rush). It’s a serene spot to photograph the many cherry trees that line the park which blossom in April and are a huge tourist draw or to have a lunch on a sunny summer afternoon.

There are also a few important things to see in the park as well. Here are a few sights in the park you should make time to visit:

5. Eat at the Robot Restaurant

If you want to check out some of Tokyo’s historic and culturally-significant religious sites, be sure to spend some time wandering around Asakusa. Two places that I’d suggest you visit are:

7.Have Dinner with Ninjas

For another unique dining experience, head to Ninja Akasaka. It’s a ninja-themed restaurant designed like an Edo-era building. The waitstaff are clothed in stereotypical all-black garb and trained in all sorts of simple tricks, sleight of hand, and illusions. You’ll order off old scrolls while being entertained by the skillful tricks of your server. The food isn’t anything special but it’s super fun and the atmosphere is unique. 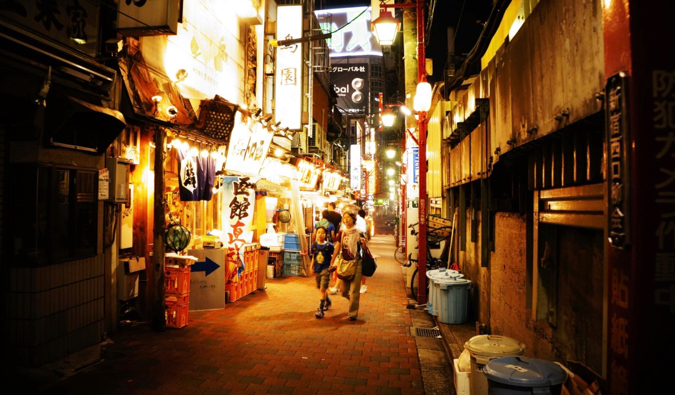 When looking for something interesting to do at night, this alley of backstreet bars is a cool spot to start at. There isn’t much going on here during the day, but when the sun goes down, these zigzag hallways and closet-sized beer rooms are filled with interesting people and cheap drinks. There are 6 alleys connected by narrow passageways only wide enough for 1 or 2 people, making it a rather unique place to start your night out on the town. It’s located in Shinjuku. 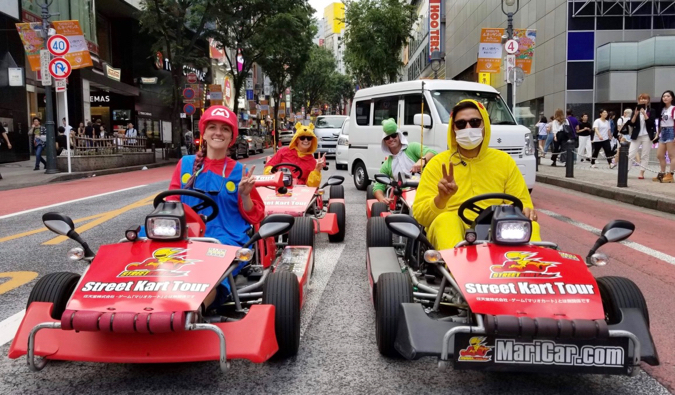 If you’re a video game fan of Mario Kart(or just want to do something different), check out Street Kart. This is a real-life Mario Bros. go-kart company that lets you dress up and race around the city.  As an important requirement you will need international driving permit (which you can get if you have a valid driver’s license), you can take part, racing around the city dressed up as Mario, Luigi, Yoshi… 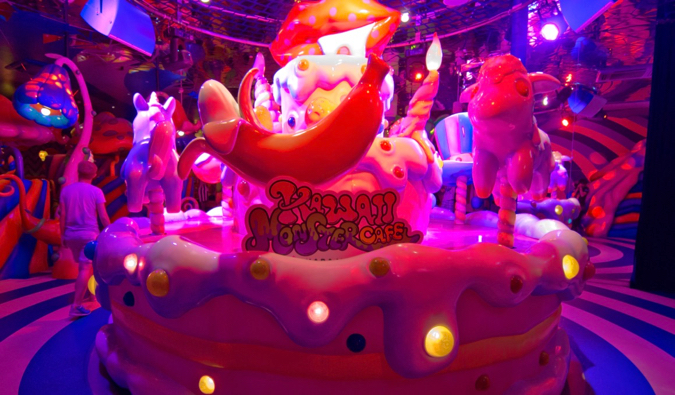 Tokyo is well known for having all sorts of weird and wonderful cafés. Monster cafés, cat cafés, dog cafés, owl cafés, vampire cafés, and much more! If you can think of it, there is probably a café for it somewhere in the city. When looking for something unusual to do (or just want a place to relax after exploring) then take a look and see what weird and quirky cafés are near you, they’re all around the city so you never have to go far to find one!

Here are some suggestions to help you get started: 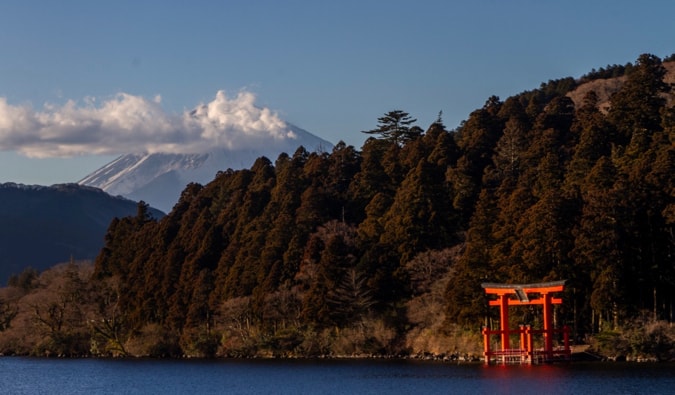 Do you want to take a day trip (or a multi-day trip) from the city? Then you should consider going to Hakone. It’s located just over an hour from Tokyo and is one of the best places to get away from the city, relax for a few days, and take in the view of Mount Fuji. There are numerous guesthouses in the area, many with their own private onsen (natural hot springs), making it a great place to go for a romantic getaway. 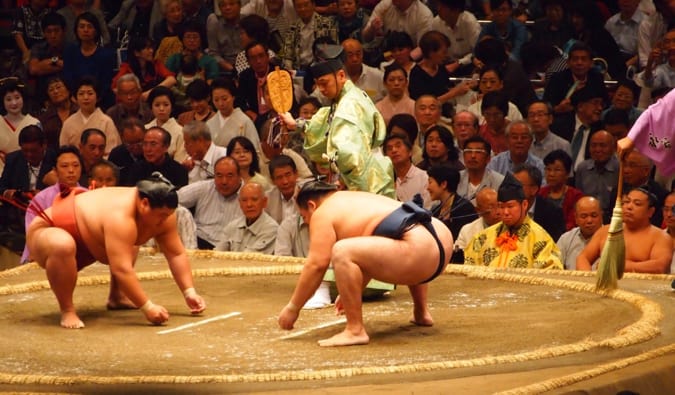 Kokugikan is Japan’s most famous sumo wrestling arena. It hosts tournaments three times each year, all of which draw huge crowds. Sumo wrestling dates back to the 17th century, though its origins date back even further. Even to this day, it’s still one of the most popular traditions in the country. If you’re in town at the right time, this is a must-do,  even if you’re not a sports fan, it’s a unique and pretty much rare opportunity. Tickets sell out quickly so be sure to book early. 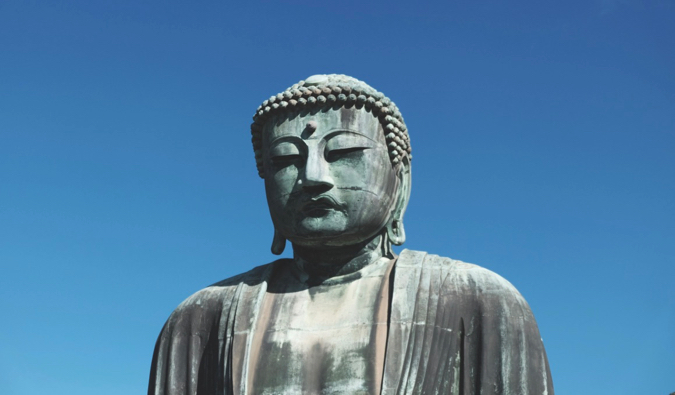 If you are looking for another day trip, head to Kamakura. Here you’ll find a 13m bronze statue of Buddha that was built in 1252. The statue was initially constructed within a temple, but the temple was washed away — on several occasions — by storms.

At the time, the statue now sits in the open air (along with a massive pair of straw sandals that belong to the statue). You can even go inside the statue itself (there isn’t much to see, but it’s still kind of neat to be able to step into a massive statue of that size and importance). The journey only takes about an hour so it’s a great destination for a half-day or full-day excursion.

13. Get Touristy at Tokyo Disneyland 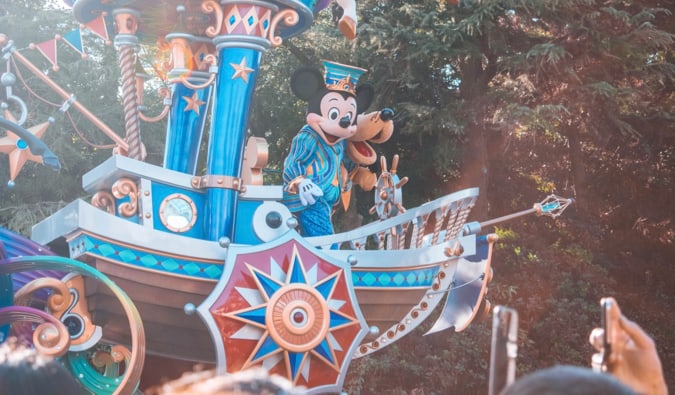 This is a fun choice for anyone traveling with your family and children, but also for any adults who just love amusement parks. Opened in 1983, it has seven themed areas to explore and is the third most visited theme park in the world. It has a lot of the same famous rides you’ll find at Disney World such as Splash Mountain, The Haunted Mansion, and the nauseating Mad Tea Cup Ride. 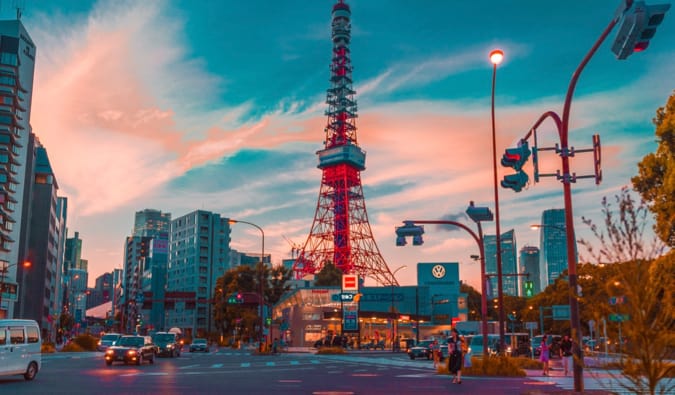 Built in 1957, Tokyo Tower resembles the Eiffel Tower (though the Tokyo Tower is taller, standing 333m). It’s made entirely of steel and you can pay to go all the way to the top floor to take in the view. The views are amazing, the main observation deck offers one that’s just as good for almost half the price.

15. Drinks at the Park Hyatt 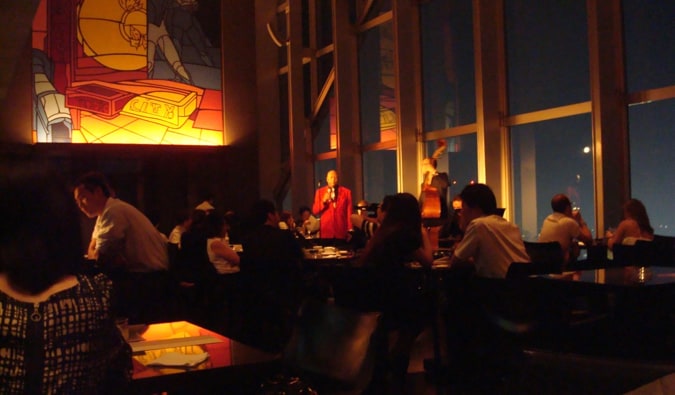 New York Bar is the iconic bar from Sofia Coppola’s 2003 film Lost in Translation. Located on the 52nd floor, the bar actually lives up to the hype of the film. The atmosphere is very classy, the drinks are great, and the view is absolutely stunning. There you will find live jazz every night and while there is a cover charge (around 2,500 JPY), it’s definitely worth it if you’re looking to splash out.